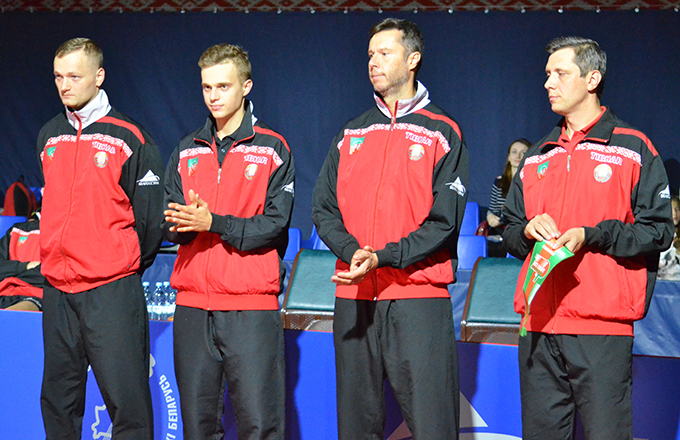 Men’s BLR team repeated women’s BLR team success. With the active support of home, the men’s team beat the team of Ukraine – 3:1. Thus, the Belarusian Men's and Women's Teams will take part at the final stage of the 2019 European Team Championship.

With the support of Ukrainian fans who came to Minsk on purpose, Lei KOU (33 w.r.) beat Vladimir SAMSONOV (30 w.r.) in a bitter struggle of the first match - 3: 2 (3-11, 11-6, 6-11, 11-6, 11-9). In the decisive game with a score of 9-9, Lei was luckier. At the press conference, Vladi admitted that it was difficult for him to answer questions about the reasons for his defeat: «You often have to play in such situations, when the score is 9-9 and how the last few draws will pass is very hard to say. Maybe at such moments luck is important. Unfortunately, both athletes can not win».

Pavel PLATONOV (115 w.r.) scored the first point for the Belarus team. He beat Yevhen PRYSHCHEPA (146 w.r.) – 3:1 (11-9, 6-11, 11-5, 11-9). In the final set, Pavel lost 6-9, but managed to win 4 points in a row. The team of Ukraine took a time-out, but BLR athlete unmistakably ended the meeting and won 11-9. Vladimir GEVORGIZOV, the coach of the visiting team, called this game as the key in the match Belarus-Ukraine: «In my opinion, if Yevhen PRYSHCHEPA «pressed» PLATONOV, Aliaksandr KHANIN would not have played so boldly».

Aliaksandr KHANIN (92 w.r.) really acted confidently in a meeting with Viktor YEFIMOV (398 w.r.) and won with a score of 3: 0 (12-10, 11-4, 11-2). The captain of BLR team, Vladimir SAMSONOV, separately noted Aliaksandr’s game at this meeting: «Aliaksandr KHANIN played one of the best matches lately. He played just amazing».

At the post-match press conference, Vladimir GEVORGIZOV admitted that it was not easy for him to choose a strategy for this match: «After the defeat in Chernigov 0: 3, I wondered if there was any point in bringing the strongest athletes to Belarus? But, as a former athlete and coach, I understand that if there is at least one chance to win, you must use it. 3: 1 is a worthy victory for the team of Belarus».

Yevhen PRYSHCHEPA was upset by the defeat: «We really wanted to recoup after losing 0-3 in Chernigov, but it didn’t work. Belarus team was stronger».

The coach of BLR team, Andrei VOROBIEV, was pleased with the result: « The team of Ukraine risked and threw all the strength to recoup. They put their strongest player Lei KOU against Vladimir SAMSONOV. This brought the result. I would like to pay tribute to our guys, who did not flinch and showed good table tennis».

The match was summed up by Vladimir SAMSONOV: «We are very pleased that we won the national team of Ukraine and resolved the issue of participating at the 2019 European Team Championship. I think this is not our last match with the Ukrainian team and they will have the opportunity to win. They have a very strong team that always has a chance to win».

On December 4, the men's team of Belarus will play against Slovakia. 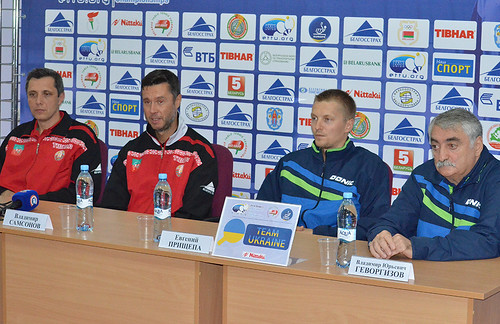