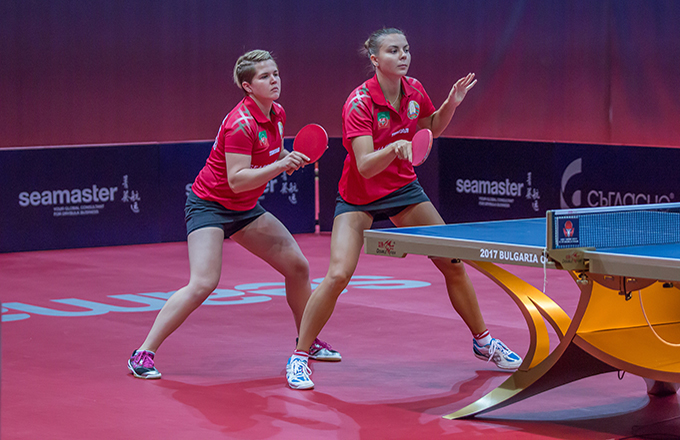 The games among the doubles took place on the third day of the Open Championship of Bulgaria. The results of our athletes were commented on by the head coach of the women's national team of the Republic of Belarus Tatyana Petkevitch.

Tatiana Petkevitch comments: "Despite the loss, our girls showed a meaningful game: seasoned, with good defense and attack. HASHIMOTO / SATO is the first seeded double, they are objectively stronger, but our girls had chances, they met with dignity".

"Dasha and Nadia are an experienced double, they are a well-knit double. They listened to what I was saying to them, tuned, and everything turned out well. In the first set there were a lot of mistakes. But then they changed the tactics and withstood it to the end, which had borne its fruit. We saw how our next rivals from India played, and we have already planned something for the match against them."

"In the game with the Swedes ANDERSSON / SODERLUND our athletes also lost 0: 2 on sets. I tried, and (I hope) tuned them to the fact that they could play and win. Kirill Barabanov had a great desire, mood, and so he even managed to get Pavel Platonov and convince him that they could win. I believe that Kirill added on the game, he also performed well here."

Thus, the double of Bogdanova / Trigolos continues to struggle for medals. They will hold their match on August 18 at 13.00.